Click here to learn more about our financial professionals by visiting FINRA's BrokerCheck.

The team at Nobile Hinchey Private Wealth Management and CPA2 believe that supporting the community, the schools and its families is as important as delivering the financial planning that supports their financial freedom.

"We believe that it is up to every business to take responsibility and give back to the communities that support them."

Michael and Nobile Hinchey Private Wealth Management/CPA2 have scored a touchdown for Hartford’s kids, delivering a meaningful experience to every child who wants to play football and be part of the Mandell JCC Team.

We are pleased to announce that Nobile Wealth Management has teamed up with The Mandell JCC as the lead sponsor of the Andrew Pinnock Football Training Camp at The Mandell JCC's Swim & Tennis Club this summer (see attached brochure).

Since the late 1990’s Andrew Pinnock has been a well-known athlete in the Hartford area. As a star running back at Bloomfield High he was voted High School Player of the Year in Connecticut and was also chosen as a High School All American. He then continued his football career and education at the University of South Carolina. While playing for the Gamecocks he led the team as the second all time leading scorer taking them 2 times to the Out Back Bowl Championship under legendary coach Lou Holtz. He studied African American and Social Work Studies. He was drafted by the San Diego Chargers in 2003 where he spent 5 seasons as a full back under highly regarded coach Marty Schottenheimer. While in San Diego he played and studied the game with some of the best running backs to ever play like future hall of famers Lorenzo Neal and Ladamion Tomlinson.

"The mission of the camp is to create a positive training environment where young athletes can build their confidence, and skills utilizing my experience from the College and Professional ranks, encouraging them to always do their best with maximum effort, learn the basic skills and fundamentals that will help them become a better player and perform at their highest level, while understanding what it means to "BE A PRO"." ~ Andrew Pinnock

The Mandell JCC, a wellness, cultural and recreational agency serving the entire Greater Hartford region for 95 years, operates early childhood centers, family programs and classes, summer camps, a fitness and aquatics center, cultural and arts programs, and services for seniors and teens in the Greater Hartford area. This is the reason why "Community" is our middle name!

Michael was elected to the college football hall of fame for contributions to youth football in 2006. 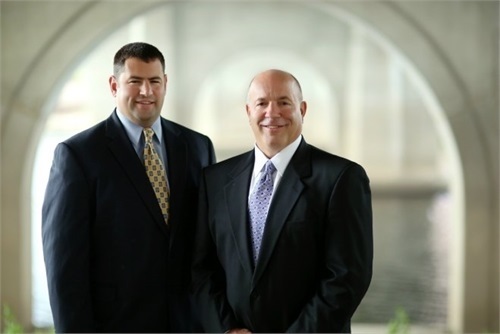